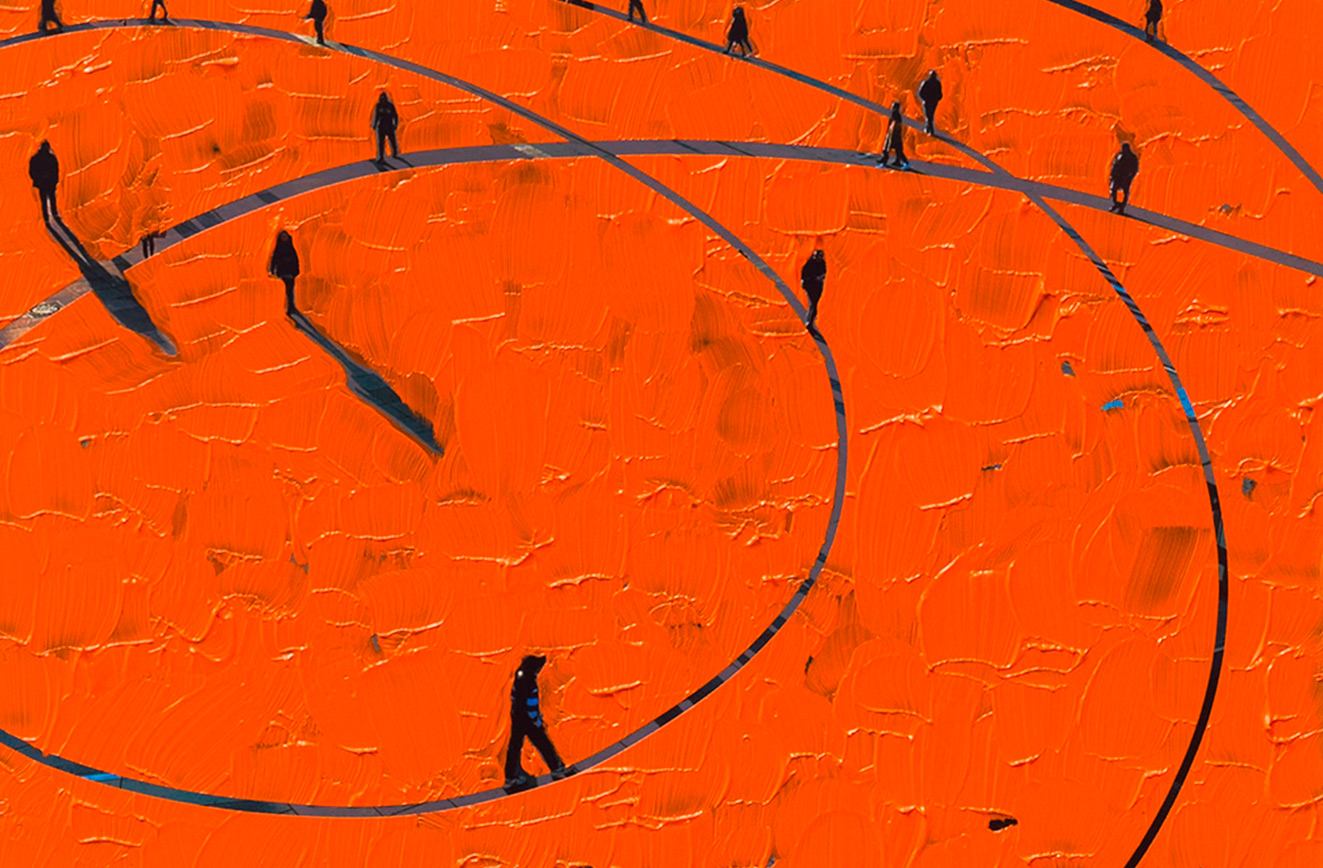 In addition to pure painting, the combination of painting and photography forms a separate focus in the artistic work of Andrea Neuman: starting from digitally processed photographs, as in the series circling alex 01-10 (2019), the artist succeeds in adding a second level of content and formal aesthetics to the photographic works through painted interventions.

In circling alex, Neuman takes as her point of departure photographs that show pedestrians in public space from a bird’s-eye view. Using impasto oil paint, Neuman isolates the passers-by from the local context and from each other on the one hand, while on the other hand she establishes new relationships between them by means of curved lines. In this way, a new, mysterious and fascinating, but also irritating world full of strange references is created. Formally, Neuman achieves exciting contrasts through the combination of both artistic techniques, consisting in the juxtaposition of photographed visible reality and painted non-objectivity as well as differing surface structures.

The title of the series refers to Alexanderplatz in Berlin, known to Berliners as Alex for short. The square, which became literary world famous through Alfred Döblin’s novel Berlin Alexanderplatz, forms the eastern center of Berlin. It is considered the largest square in Germany and one of the most famous squares in the capital. As an important traffic junction and due to the numerous stores, it is a much-visited square, which today has been converted into a pedestrian zone.

The title circling alex could be translated as “circling Alex” or as “circling on the Alex”, metaphorically indicated by the arc-shaped lines that people seem to follow: a constant, daily repetitive movement, circling and thus without beginning or end. circling alex addresses questions of urbanity, one of the central subjects of the artist, who was born in Bad Salzuflen in 1963 and has lived and worked in metropolises for many years, from 1986-1991 in New York on the Lower East Side of Manhattan, where she co-founded the art center Bullet Space with Tenesh Webber, and later in Berlin.